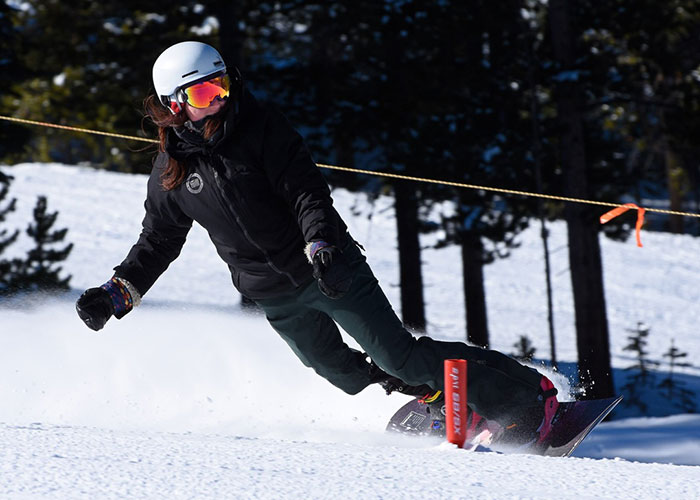 In 2006, Nicole Roundy became the first above the knee amputee – male or female – to compete in adaptive snowboarding , eight years before the sport made its debut at the Sochi 2014 Paralympic Winter Games. This year, Roundy will travel to South Korea to compete in the 2018 Paralympics. She credits Shriners Hospitals for Children with helping to make it possible.

In 1994, when she was just 8 years old, Nicole was diagnosed with osteogenic sarcoma, a form of bone cancer. Later that year, she lost her right leg above the knee and continued aggressive chemotherapy treatment. Shriners Hospitals for Children — Salt Lake City made all of her prosthetics until she was 19 and introduced her to adaptive snowboarding during their Camp Un-LIMB-ited, a week-long adaptive sports program designed for teen amputees. “I was terrified at first, but snowboarding was like a freedom from my disability,” says Roundy.

She was able to take her athletic aspirations to the next level after Shriners Hospitals created her first prosthetic with a bendable knee joint. “Shriners Hospitals taught me that I am my own biggest advocate and that you can’t take no for an answer. If you want something, you may have to fight for it.”

Roundy is now a motivational speaker and disability advocate. She has returned to Camp Un-LIMB-ited a few times, which she says reminds her of where she came from. “It’s a place where suddenly the differences just disappear, and kids get to be kids.” It’s the same feeling she gets thinking about the Paralympics – a place where athletes can put their disabilities aside, and just compete.